Batch5 is one of several dietary supplements marketed by a company called bCharged.

None of these claims makes Batch5 stand out from the competition, but bCharged stand out as a company due to the unusually low amount of information available about them.

The official company website is hard to find and although it provides an email address and a telephone number the entire “About Us” page consists of two short paragraphs that contain a few vague promises and state the company is based in Seattle, Washington. It never impresses when a company is so aloof so first impressions are not good.

How does Batch5 Help Weight Loss? 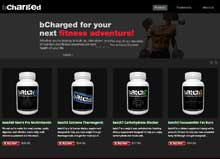 bCharged states their formulation contains ‘only the most potent and pure of natural ingredients’, and make the all too common claim that it is ‘the most effective and fast-acting fat burning supplement available’, but the blend does not contain anything that cannot be found in dozens of competing products and the lack of inclusion rates means the consumer is just expected to take bCharged’s word for the blend’s alleged potency.

Two to four capsules should be taken with 8 oz. of water 30 to 60 minutes prior to a meal or exercise routine, but bCharged suggests users who are sensitive to stimulants commence supplementation with an initial dose of one to two capsules, taken in the morning, to assess for tolerance issues.

Amazon feedback is predominantly good, but in this case it may be misleading.

“My first use of Batch5 for weight loss proved to validate the positive comments made by previous users. I was able to lose 23 pounds with the first bottle of Batch5 and will continue to recommend batch5 to others.”

But several customers report nasty side effects that may be due to the inclusion of citrus aurantium and other stimulants:

“I took two of these about four hours ago. I feel like I’m having a heart attack. My hands are shaking. My heart is racing. I feel nauseated. I have a headache. I can’t concentrate. I’m extremely jittery. I cannot WAIT for this to wear off. It’s terrifying me at the moment. I feel like I took an illegal drug. Uh… but at least I have no appetite?”‘

Many Amazon customers who have experienced side effects and/or no weight losses are crying foul and saying the five star reviews must have been fixed, but one reviewer makes a comment that may explain the profusion of positive reviews:

“I received this for free in exchange for my honest review. First of all, as a real Amazon reviewer I take offense when I see a product that appears to have a bunch of phony 5 star reviews and a bunch of equally phony likes. This product appears to fall into the phony reviews category. It’s pretty easy to spot because the “reviewers” usually only have one review and strangely it’s a 5 star review for batch5 and then they never reviewed anything else.”

Another reviewer reports receiving an email from bCharged stating the company was seeking reviews attributed to verified Amazon purchases and offering them a coupon code so they could get a free bottle via Amazon checkout.

bCharged admits the caffeine content of the blend may be an issue for some users, but fails to mention the nasty side effects related to the use of some of their other ingredients.

Side effects reported by past customers include:

The Bottom Line – Should You Buy Batch5

We cannot recommend purely based on the reaction of users who have bought the product and published their findings on third party sources.

Sales and Marketing – Where To Buy Batch5

bCharged products are only available via Amazon.com. A bottle of 80 Batch5 capsules retails at $24.95, but the company website states the price should be $54.95 so it seems the site has not been updated in a while. This is an amateurish oversight, and the lack of a money back guarantee only serves to further the likelihood that Batch5 will qualify for an entry on our list of rejected products. 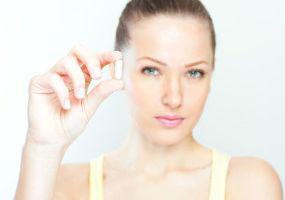 We recommend several products over Batch5 that have a higher success rate and in our opinion a better user experience. Currently Garcinia Extra and Phen375 are leading the way.

Both are fat burners that utilise premium ingredients and have an impeccable safety record.