Victory Fat Burner is a diet pill that was developed in the USA by Weider Global Nutrition. The company has been trading since 1936 and is a highly respected manufacturer of health and fitness products, but it is possible Victory Fat Burner did not live up to their quality standards because the company is no longer marketing the product from its official site.

As the name suggests, the pills are designed to boost the user’s weight loss efforts by encouraging thermogenic fat burning. This is a process that triggers a slight increase in the body’s core temperature and causes fat calories to be burned and released from the body as heat. As with most other fat burners, Victory also speeds up the metabolism. A faster metabolism burns calories more quickly and, if the formulation works in the intended way, it will suppress the appetite. This will help capsule users to feel less hungry and eat a decreased amount of food, thereby reducing the amount of calories available to the body. When the calories run out the body will begin burning more fat.

How to Use – Three capsules should be consumed with the main meal of the day.

No customer feedback is available.

Side effects should not be an issue, but the formulation is unlikely to be a safe option for women who are pregnant or breastfeeding a child. Individuals who have existing health problems, or are using medication, will need to check with their GP before using Victory Fat Burner or any other brand of dietary supplement.

Where to Buy Victory Fat Burner

Victory Fat Burner is no longer available via the manufacturer’s website, but dieters can but from seevral online stockists.

No money back guarantee is offered.

Although the presence of mustard powder in the blend is unlikely to offer dieters much in the way of benefit, and cinnamon’s abilities are also far from being proven, most of the other ingredients have merit. We have no doubt that people who use the product will have an increased likelihood of losing weight. 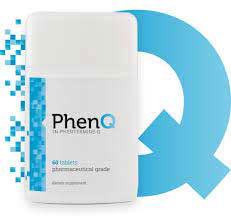 However, Victory Fat Burner is basically just an appetite suppressing fat burning combo and, although such products can work well, they are inferior to products like PhenQ that are designed to offer dietary support in other areas, such as fat blocking and mood enhancement. Dieters who are looking for cheap and cheerful way to shed a couple of pounds may find Victory Fat Burner suitable for their needs, but anyone who has a desire to loose a more substantial amount of weight, and/or see faster results, would be better off choosing PhenQ.

Read more on the benefits of PhenQ here